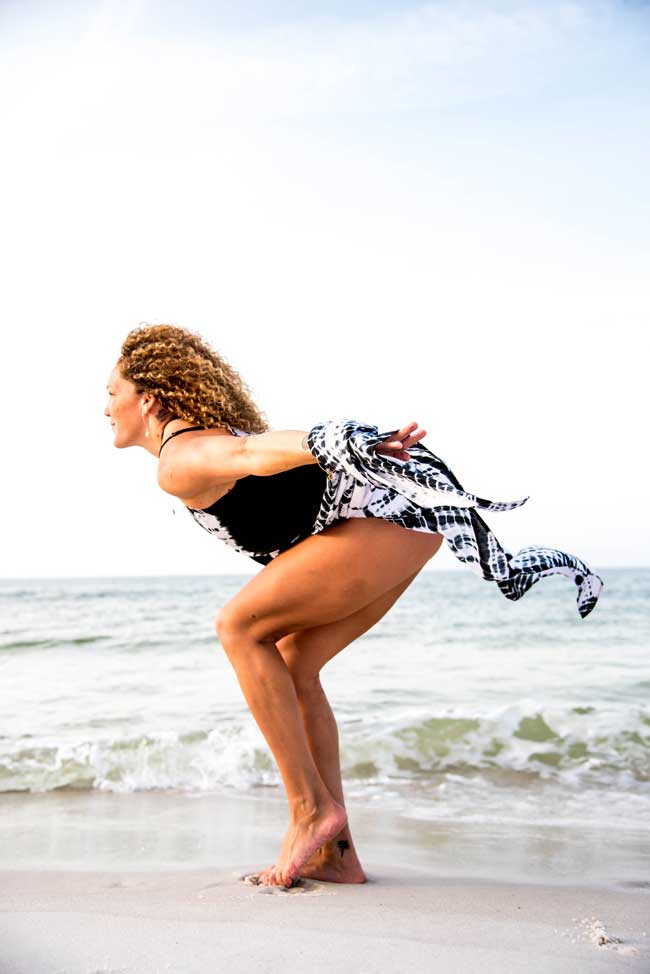 Ashtanga Vinyasa Yoga is a style of yoga as exercise created by K. Pattabhi Jois during the 20th century, often promoted as a modern-day form of classical Indian yoga. The style is hot and energetic, synchronizing breath with poses connected with flowing movements.

Toxins flow out of the body in order to purify it.

With the energetic, aerobic nature of Ashtanga Yoga, toxins flow out of the body and purify it. It is good for developing strength, flexibility, and stamina, in addition to opening the mind to the flow of insight and right-minded thinking and superior action.

Traditionally, Ashtanga Yoga is the eight-limbed path of conscious living and spiritual practice that guides one towards Self-Knowledge, liberation and cessation of personal suffering. It is presented in the Yoga Sutras which was compiled around 200 BCE by the great sage Patanjali.

The Eight Limbs of Patanjali's traditional technique are as follows: 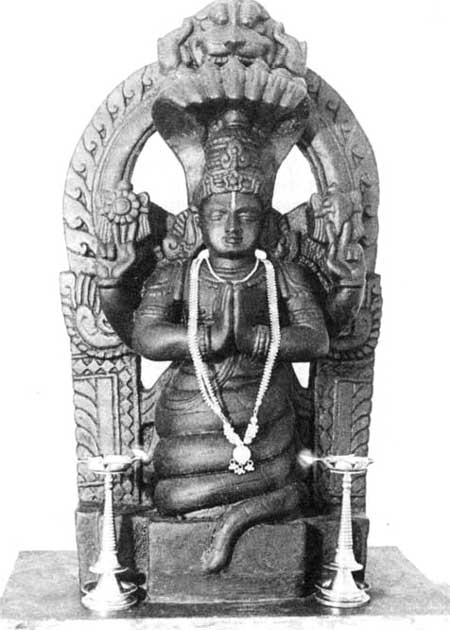 The sage Patañjali is said to have attained Samadhi through yogic meditation at the Brahmapureeswarar Temple located at Tirupattur, Tamil Nadu, India.

Translated from a treatise on the original Sutras by Patanjali from the 200 BCE:

“I bow with my hands together to the eminent sage Patañjali, who removed the impurities of the mind through yoga, of speech through grammar, and of the body through medicine.”

Regarding his early years, a Tamil Saiva Siddhanta tradition from around 10th century AD holds that Patañjali learned Yoga along with seven other disciples from the great Yogic Guru Nandhi Deva, as stated in Tirumular’s Tirumandiram.

The Yoga Sūtras of Patañjali are 196 Indian sutras (aphorisms) on Yoga.

It was the most translated ancient Indian text in the medieval era, having been translated into about forty Indian languages and two non-Indian languages: Old Javanese and Arabic. The text fell into obscurity for nearly 700 years from the 12th to 19th century and made a comeback in the late 19th century due to the efforts of Swami Vivekananda and others. It gained prominence again as a comeback classic in the 20th century.

Before the 20th century, history indicates the Indian yoga scene was dominated by other Yoga texts such as the Bhagavad Gita, Yoga Vasistha and Yoga Yajnavalkya. Scholars consider the Yoga Sūtras of Patañjali formulations as one of the foundations of classical Yoga philosophy of Hinduism.

We had another great Shamanic Reiki Level 1 Attunement!

The Meaning of Mantras